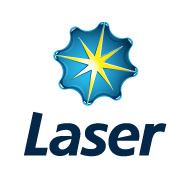 Laser Plumbing and Electrical currently has over 250 members and has evolved to become the leading plumbing and electrical contractor network across Australia and New Zealand.

In 2004, Laser expanded its operations into Australia. Due to a company culture that recognises innovation, Laser Plumbing was initiated in 2006, which utilises the same award winning systems and processes Laser was built upon in both the Australian and New Zealand market.

Laser Plumbing and Electrical currently has over 250 members and has evolved to become the leading electrical and plumbing contracting network across Australia and New Zealand. Based on the vision of becoming the leading provider of Totally Dependable Plumbing and Electrical Services, utilising Laser’s leading process control systems and recognising the demand in the market for a national supplier, our Member businesses are all enjoying all the benefits that come as part of the multi award winning Laser business system.

Sorry, no records were found. Please adjust your search criteria and try again.

Find awesome listings near you!